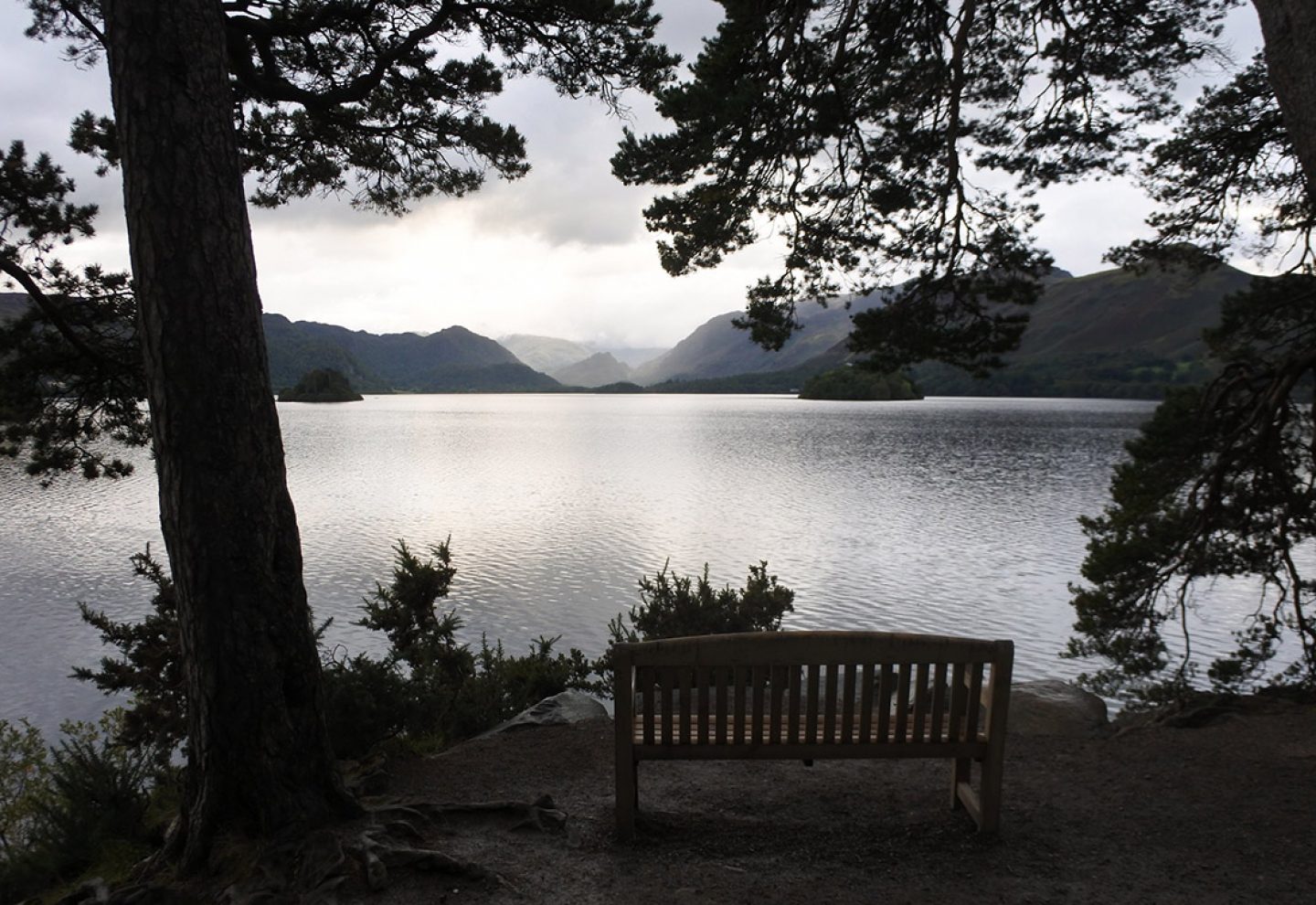 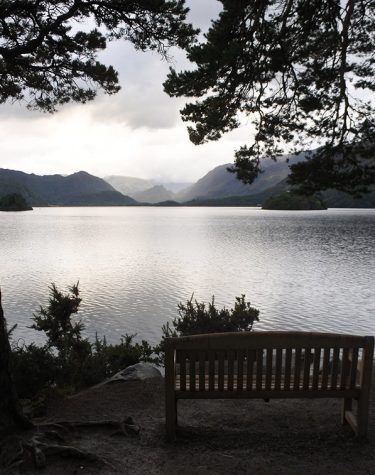 The Lake District is a spectacular sight almost everywhere you look. But there are some view-points and hidden gems that are well worth making an extra effort to see for yourself. The Lake District is an Area of Outstanding Natural Beauty known around the world for its unparalleled beauty, quaint villages and high fells. Fortunately for holiday home owners at Hawthorns Park, The Lakes are just a stone’s throw away. Here’s 5 must-see beauty spots in The Lake District to seek out on a visit from our South Lakes Caravan Park.

One of the top-rated tourist attractions in the area are the magnificent Lake District waterfalls. All are beauty spots in their own right, but probably the most famous waterfall in the Lake District is the dramatic Aria Force. Nearby Ullswater is believed to be the site where William Wordsworth found inspiration to write the poem ‘Daffodils’ with the famous opening line – ‘I wandered lonely as a cloud’.

Aria Force is 70 feet high and sits on National Trust owned land. Since 1906 when the site was purchased, car parking, disabled access and viewing platforms have been added. Providing greater access to view one of the most loved waterfalls in the Lake District. In March 2021 plans were unveiled for a new viewing platform which will make for even better views of Aira Force! 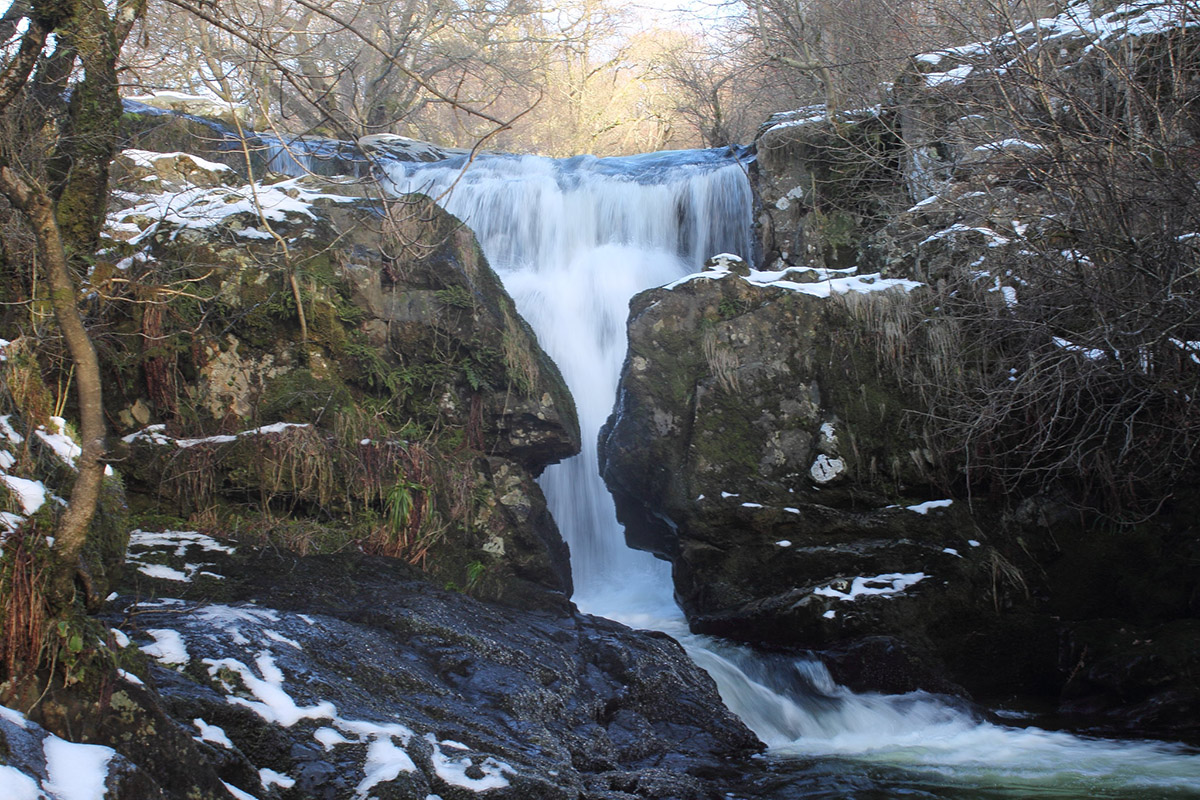 Claife Viewing Station provides beautiful views of Windermere, England’s largest lake. The building dates back to the 1790s and served as a popular tourist viewpoint for many years. The colourful stained glass window effect uses colours to represent different seasons of the year, and enhance this Lake District beauty spot even more.

Restoration work by The National Trust made the site much more visitor friendly. You’ll find a café and additional viewing platform. To access the viewing station, walk along the footpath from the Near Sawrey ferry crossing. 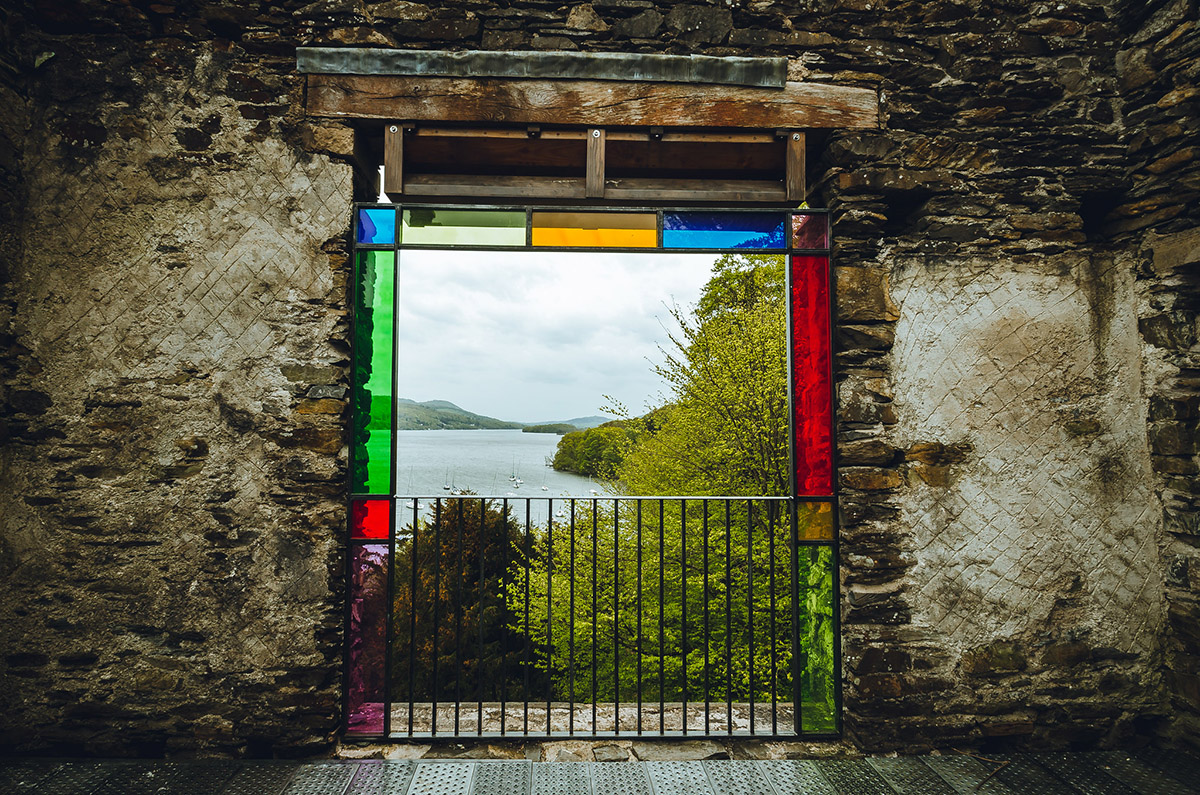 Helm Crag is one of the most instantly recognisable fells in the Lakes. It is often referred to as ‘The Lion and the Lamb’ due to its unusual rock arrangement.

It might not be one of the highest fells in the Lakes, but as one one of the Lake District beauty spots its very memorable. it was described by Alfred Wainright as an ‘exhilarating climb and one that adds to the natural charms of Grasmere’. 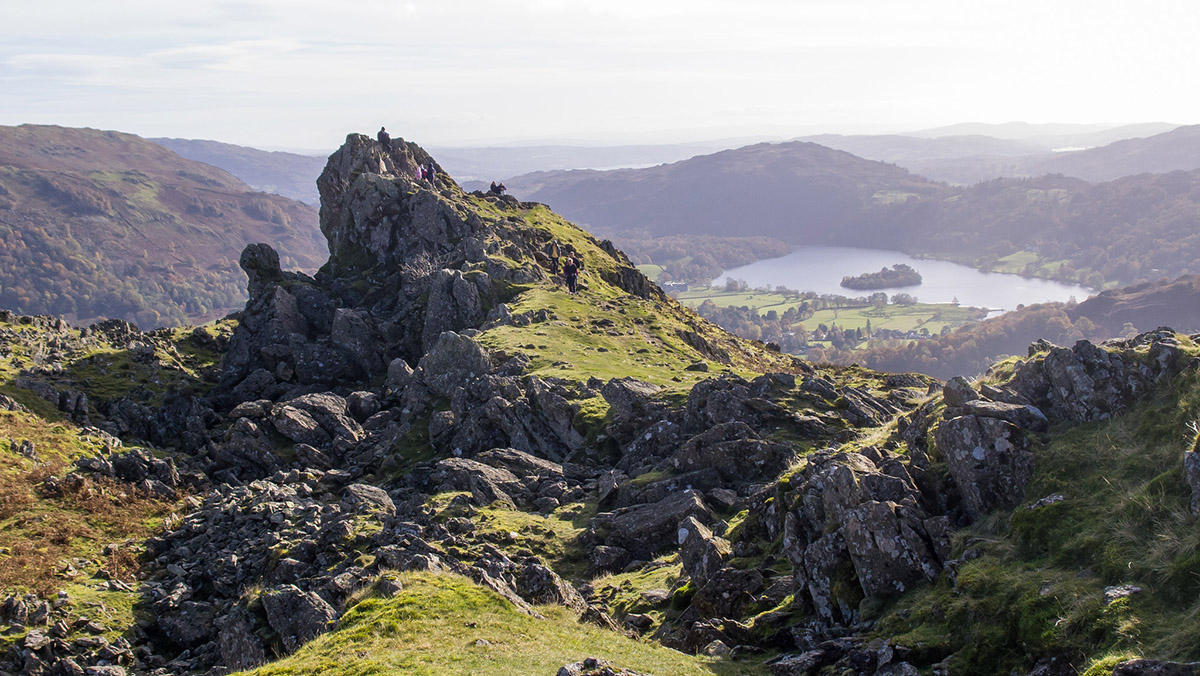 Friar’s Crag is possibly one of the greatest views you’re likely to see in the Lake District. The serene view across Derwentwater to Borrowdale makes this one that people can spend a considerable amount of time admiring and whiling away the hours.

John Rushkin described Friar’s Crag as one of the best views in Europe, and it’s easy to see why. Take a seat on the bench and sit back and take in the magical sight of glistening waters and a skyline of Lakeland fells. 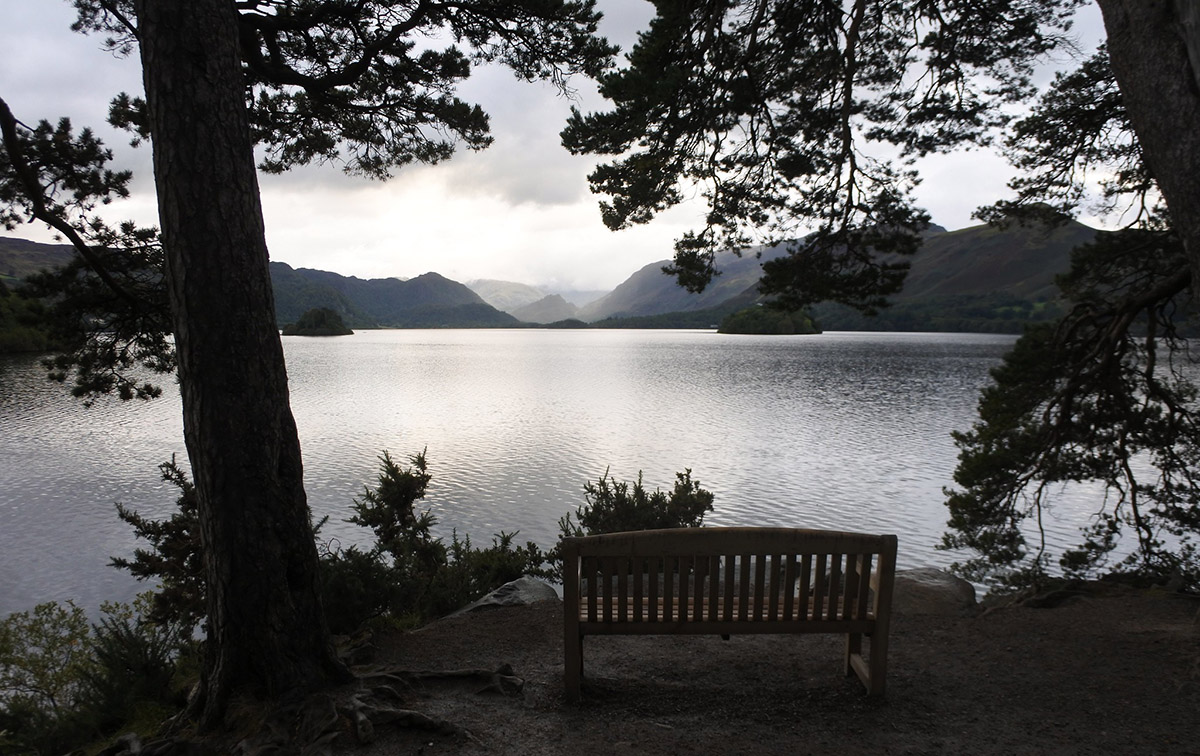 Rydal Cave is a hidden gem of The Lakes you must check out if you’re looking for beauty spots combined with great walks. Formally Loughrigg Quarry, the preserved site is proof that a man-made beauty spot of the Lake District can exist. The walk takes roughly 30 minutes depending on how often you stop to capture photos of the remote and enchanting cave views. 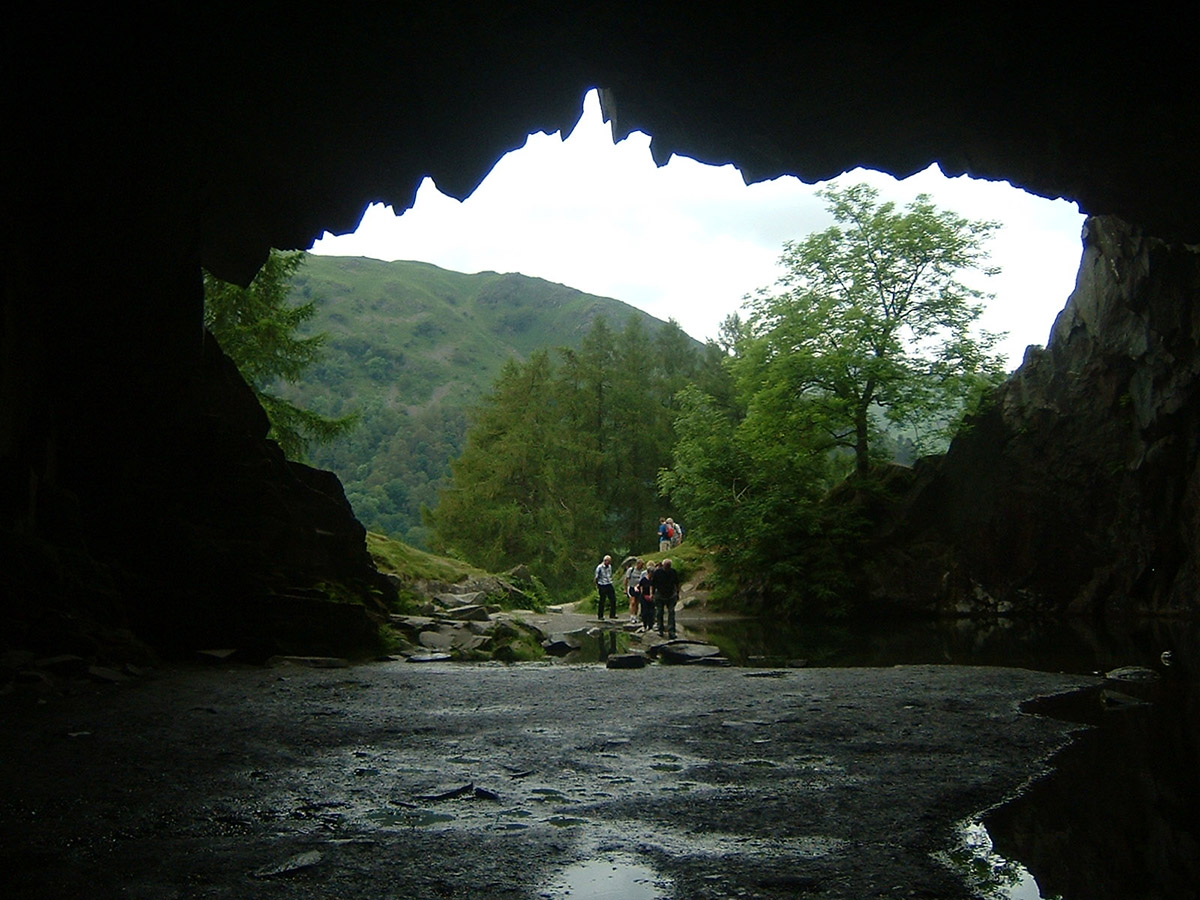