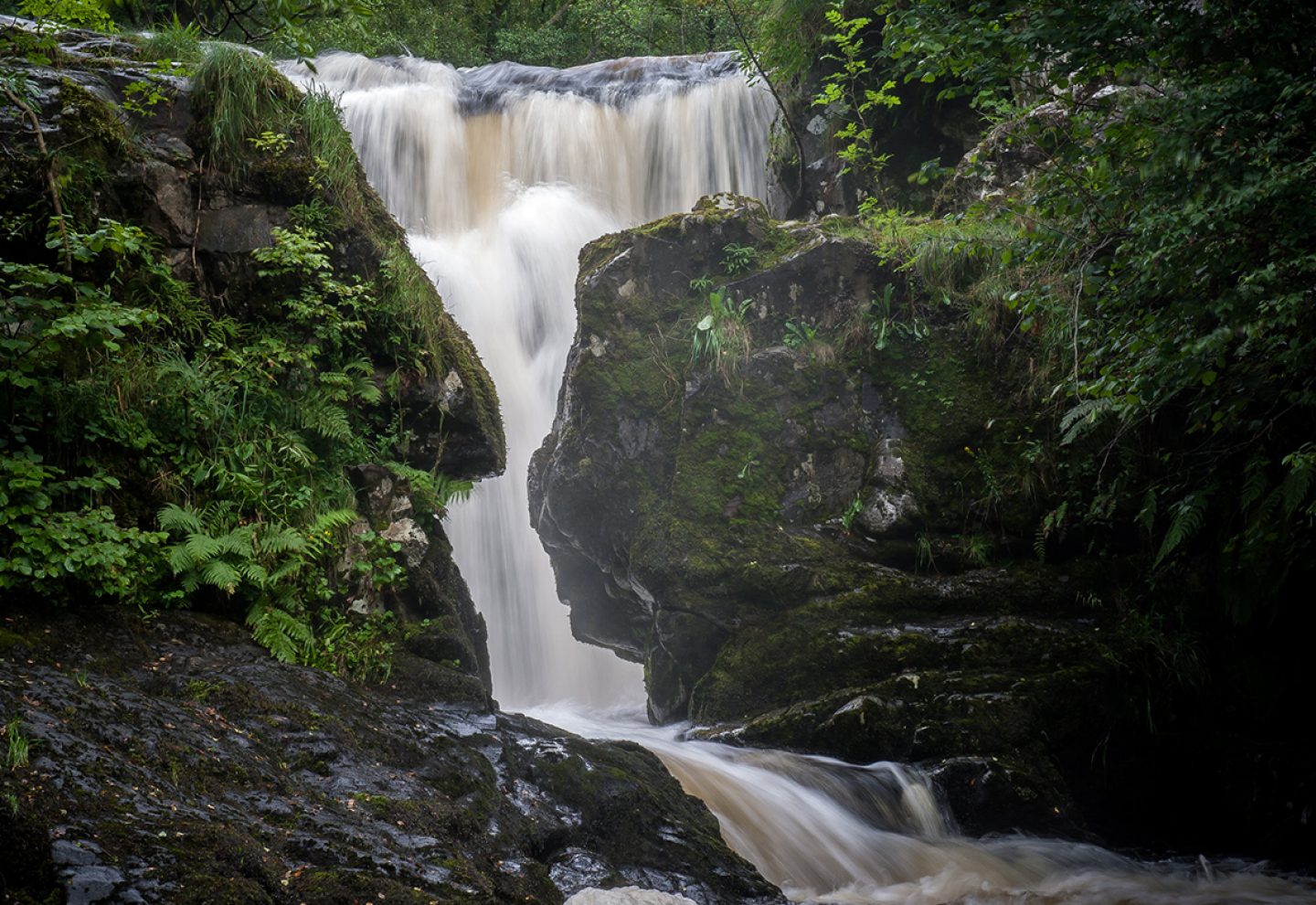 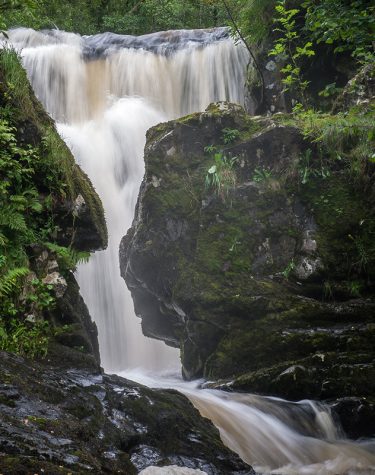 10 must-see waterfalls of the Lake District

The Lake District is famous for its great lakes and fells, but we also recommend exploring the region’s impressive waterfalls. These natural wonders provide a therapeutic release from the stresses of busy everyday life.

We’ve put together a list of ten of our favourite waterfalls in The Lake District. From our south Lake District static caravan park, you’re situated in an ideal location to explore the stunning area. Plan your route, pack your walking shoes, camera and picnic and off you go on your adventure!

The National Trust owned Aira Force is a one of the most frequently visited waterfalls in the Lake District. The steady build up of water at Aira Beck cascades down the stunning 65 foot vertical drop before tumbling along towards Ullswater. The area offers fantastic walks with several options nearby, the longest taking roughly 4 hours. 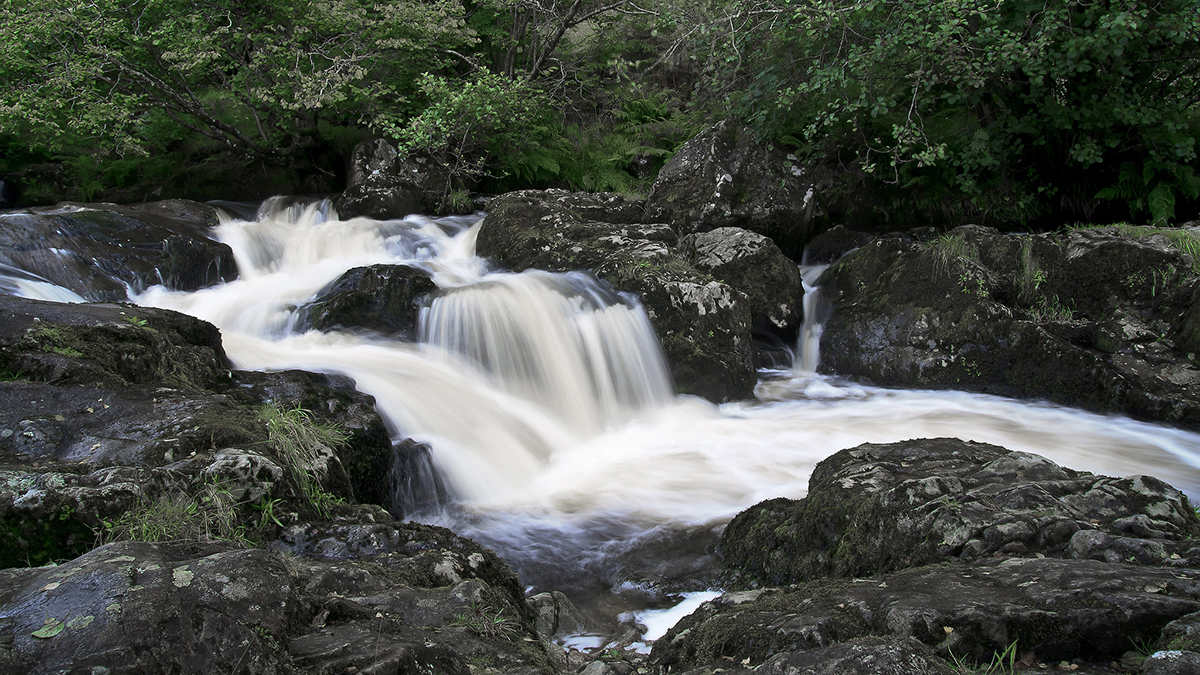 Stock Ghyll Force is accessed via a short walk from the centre of Ambleside. Follow the waterfall as it cascades through the woodland before reaching the spectacular 70 foot drop at the highest part. The circular walk is a great way to spend an hour during a visit to Ambleside. Just be aware the pathways are quite muddy, so some sturdy walking shoes are essential. 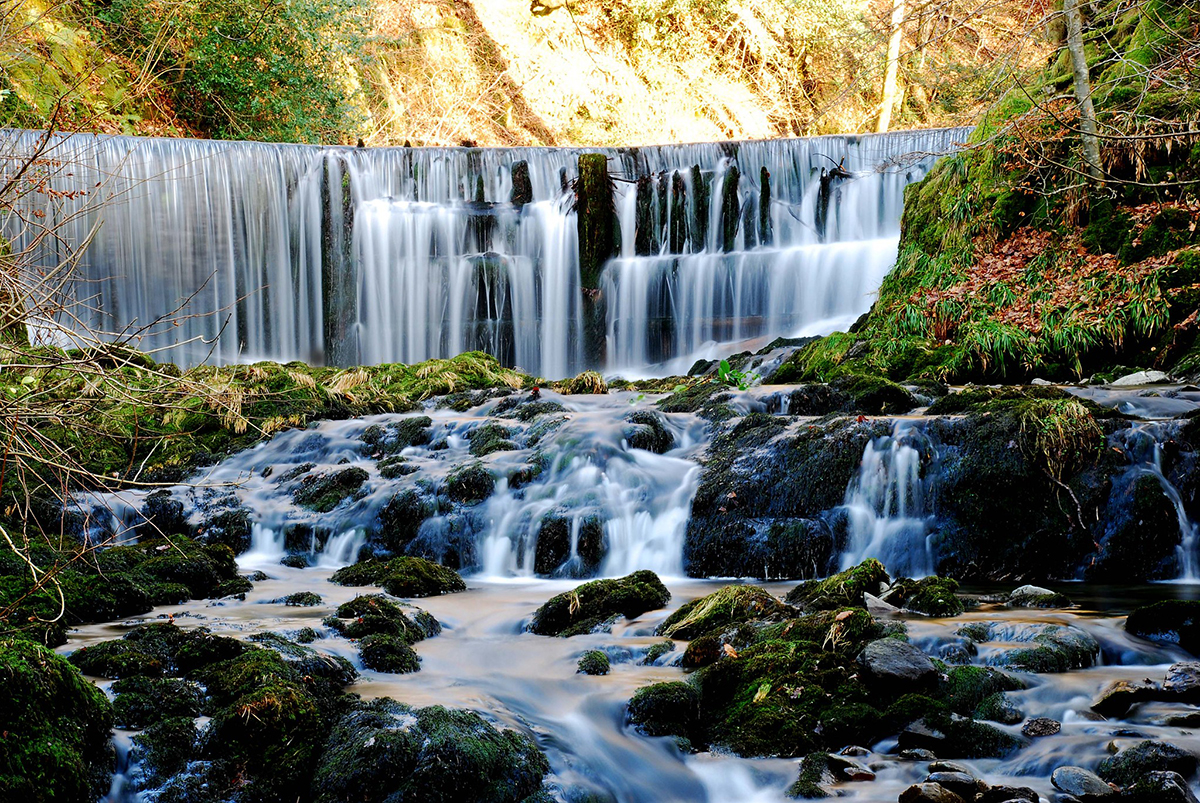 Stanley Ghyll force is a series of falls set in a dramatic deep and narrow ravine. The largest drop sees 60 feet of falling water plunging into a deep pool at its base. What sets this sets this pretty waterfall apart is the dense foliage that cover the rocks and give the area an almost oriental look and feel. There are great photo opportunities from the bridges along the gorge. 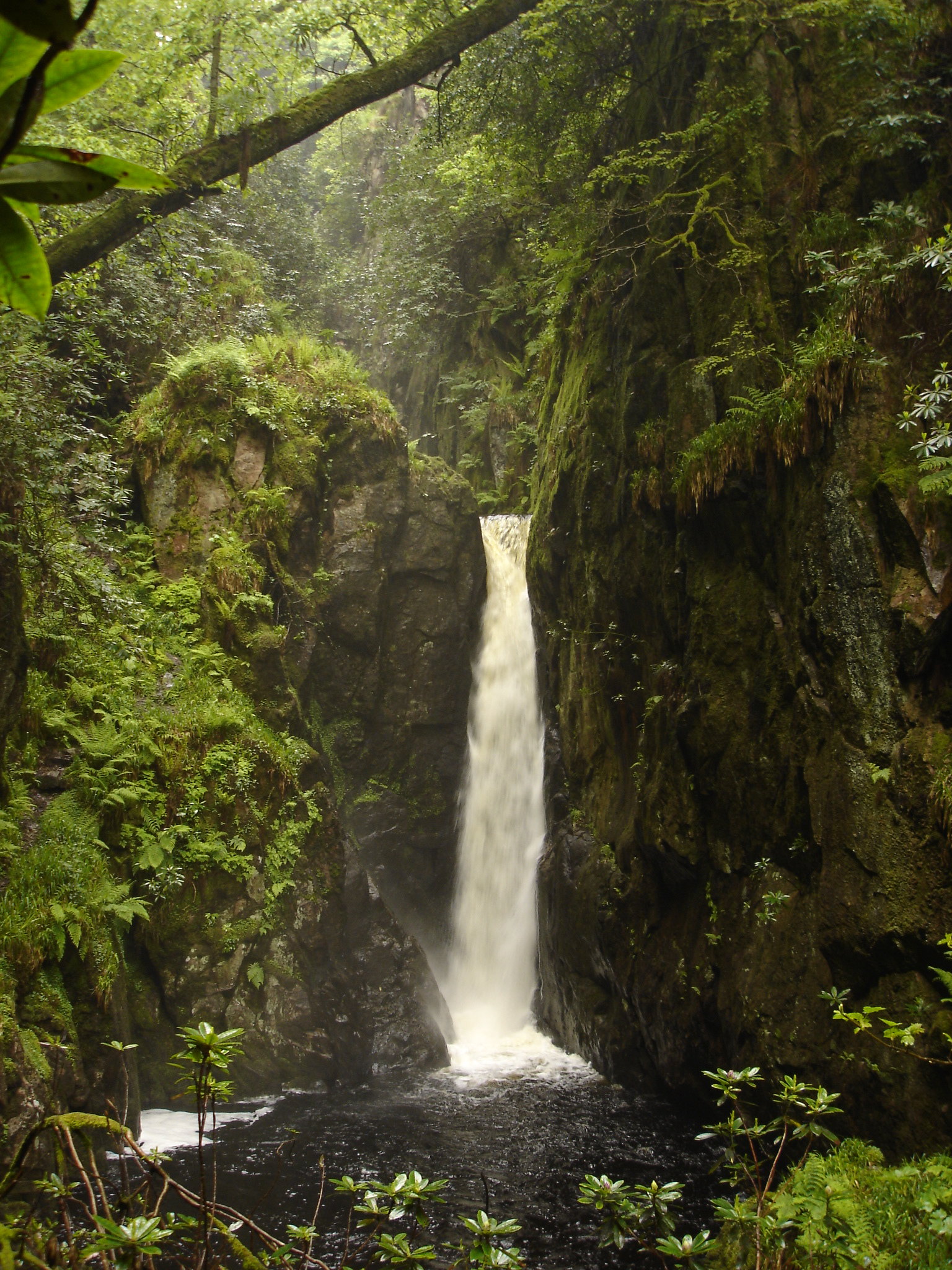 Rutter Force is one of the most accessible waterfalls in the Lake District. The picturesque beauty spot is easily reached by footpath from Appleby-in-Westmorland. Enjoy the walks along River Eden or simply admire the idyllic scene of water flowing over the ford next to the old watermill. 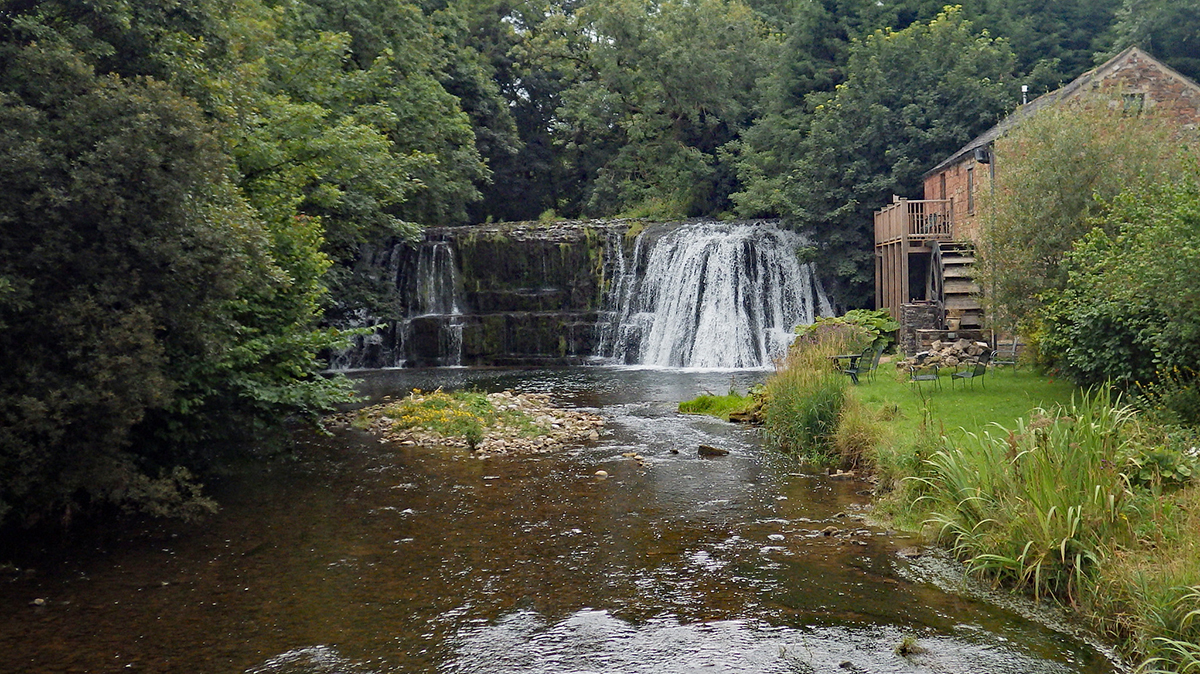 Situated at the southern end of Derwentwater is a chance to get a close up waterfall view. Lodore Falls is well worth a visit, especially if there’s been plenty of heavy rainfall over the Lakes. There is a dramatic visible difference during dry periods when this waterfall can dry up substantially. Take extra care over the slippery rocks at the bottom of the falls, remember to wear appropriate footwear. 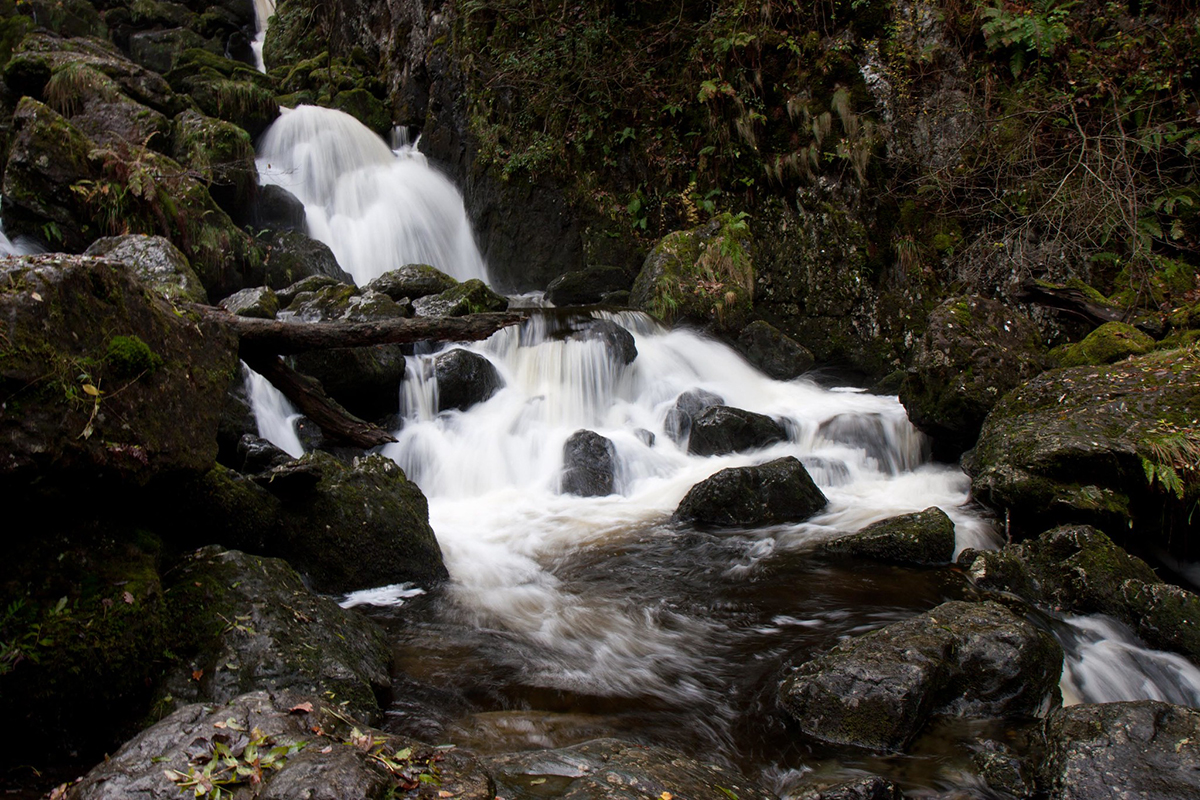 Scale Force near Buttermere is a must-see natural attraction and the highest waterfall in the Lake District. Consisting of one spectacular 120 foot drop and a series of more subtle falls. The literary great William Wordsworth described the waterfall as “a fine chasm, with a lofty, though but slender, fall of water”. Listen to the roar of flowing water, as you navigate around this walker’s paradise. 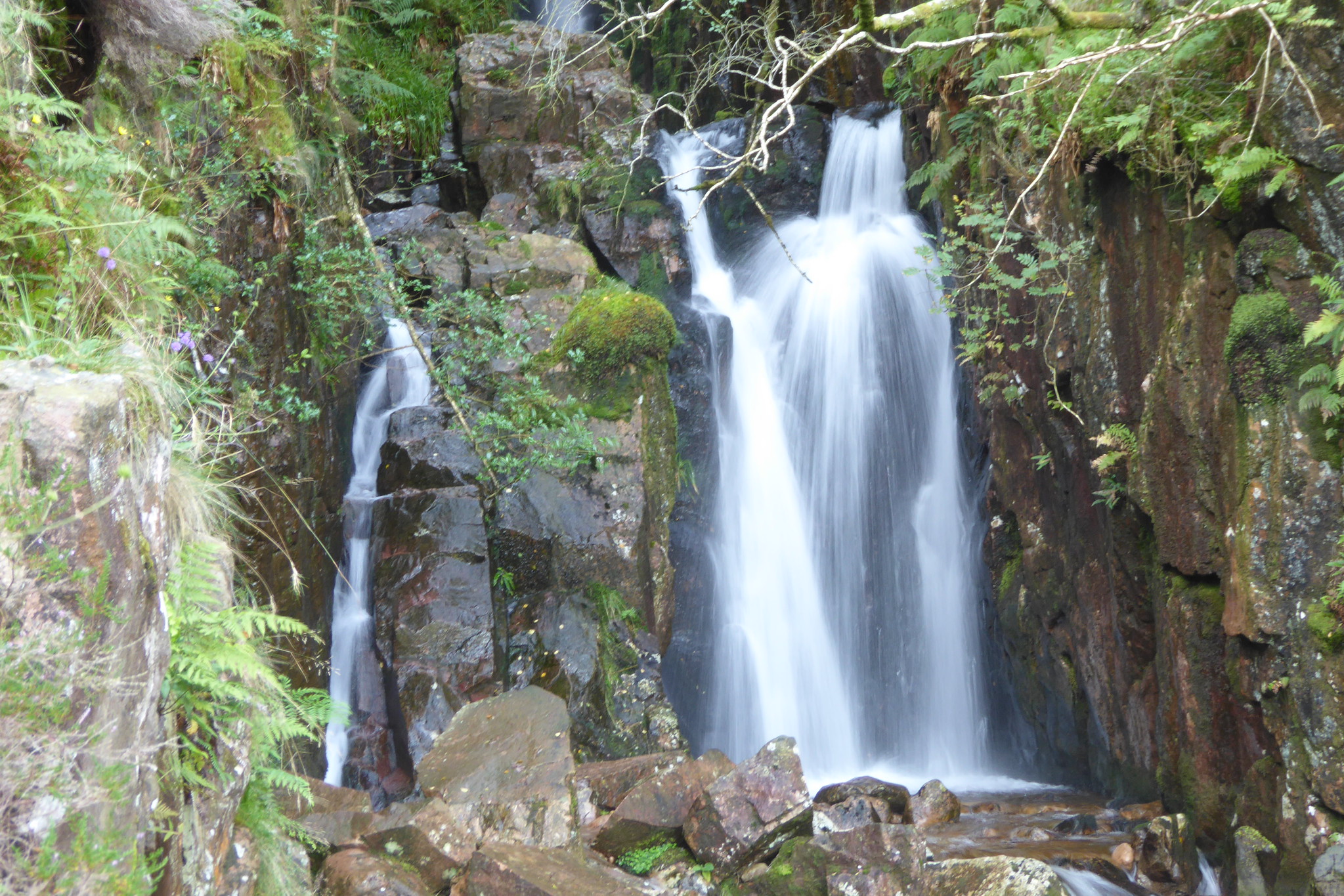 The cascading series of waterfalls of Sourmilk Ghyll near Grasmere have unmistakable white coloured waters. The similarity to what looks like the churning of milk is said to be where the waterfall derived its unusual name. 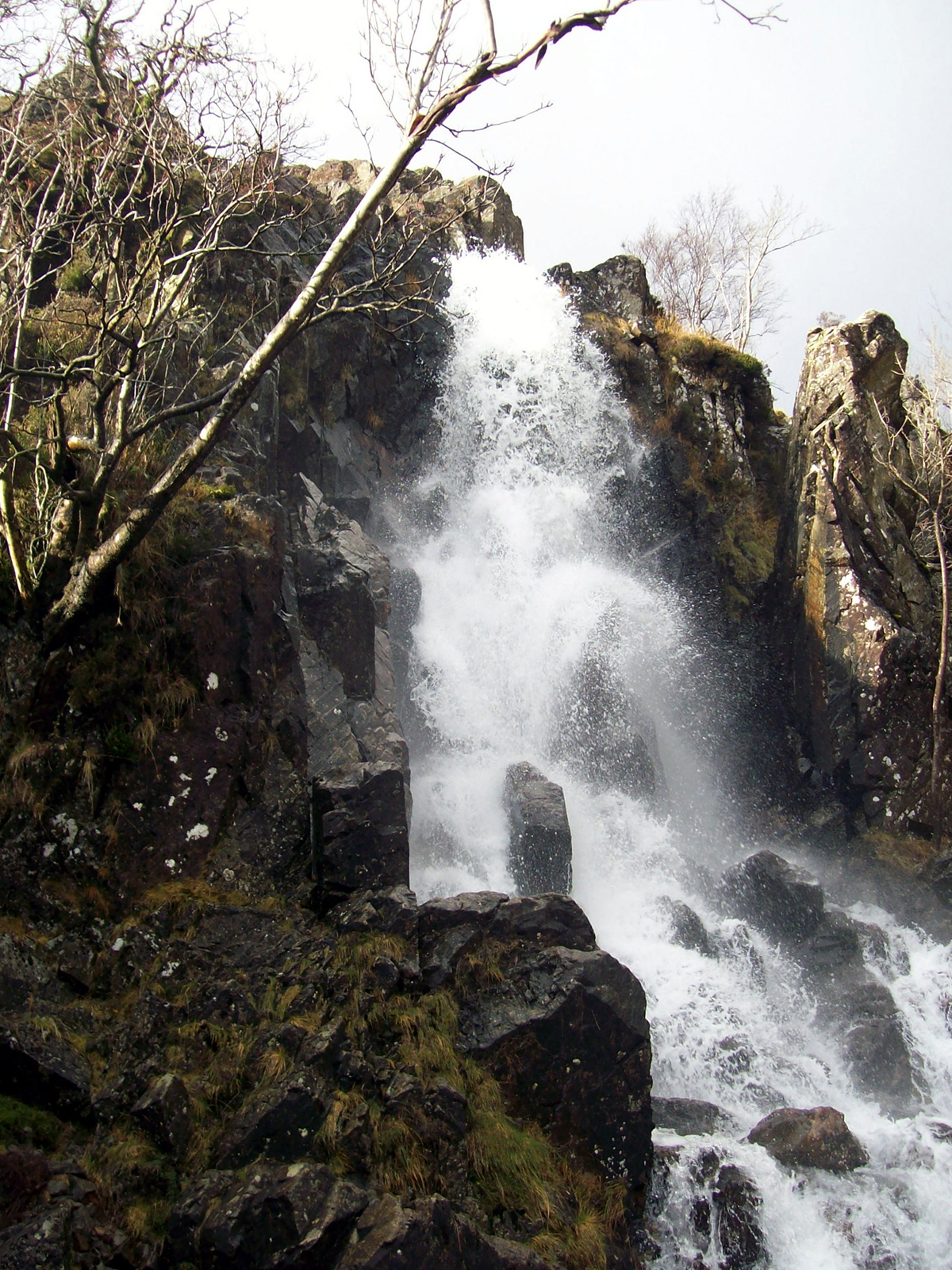 Tom Gill is a tumbling stream that you can walk along to reach Tarn Hows – one of the Lake District’s most popular areas. The terrain is steep and slippery in places so don’t forget to pack suitable footwear. You’ll be treated to wonderful waterfall views along the way. 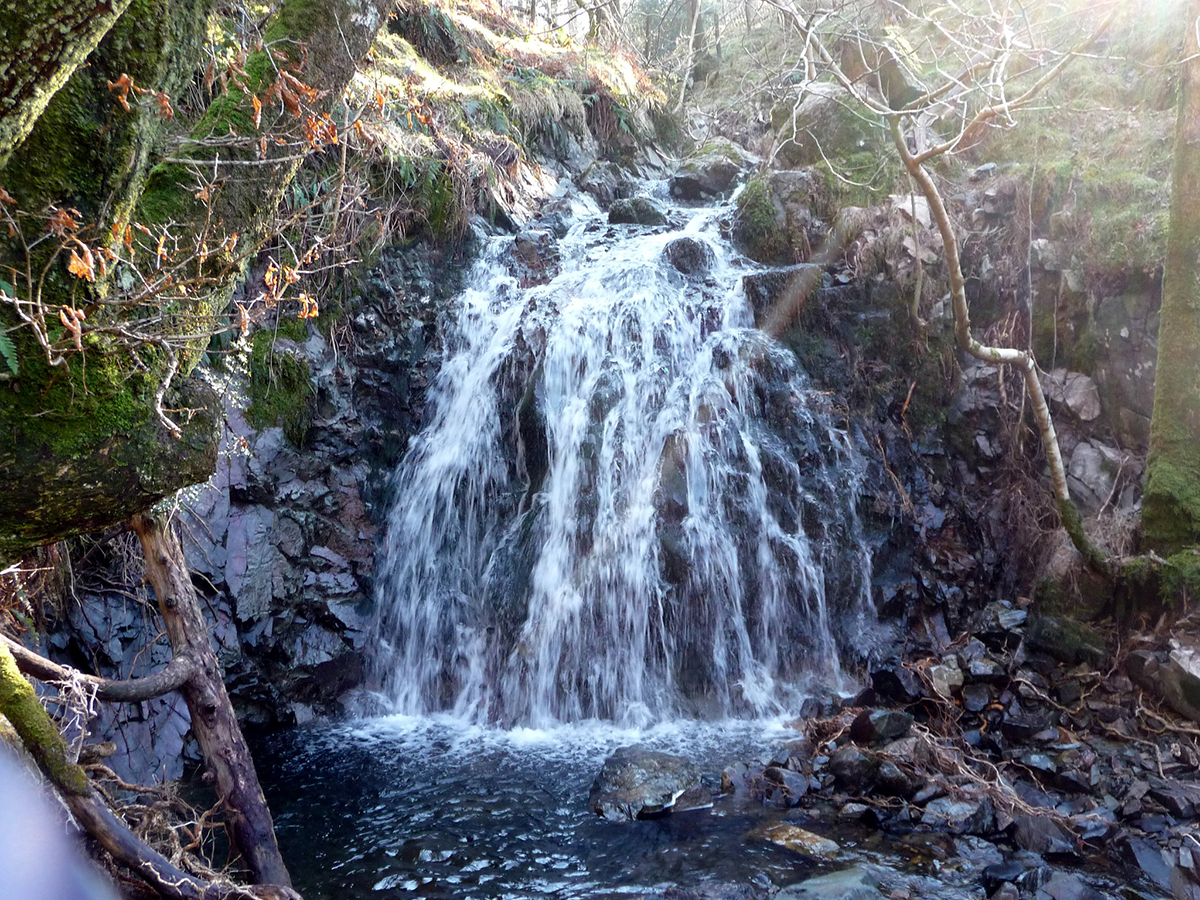 Rydal Falls is a popular waterfall in the Lake District and is often associated with the famous poet William Wordsworth. The literary great’s historic home at Rydal Mount is just a short distance away. The small building that can be seen at the bottom of the waterfall is known as ‘The Grot’. Built in 1668, this tiny hut is credited as being Britian’s first viewing point to provide a framed waterfall scene. 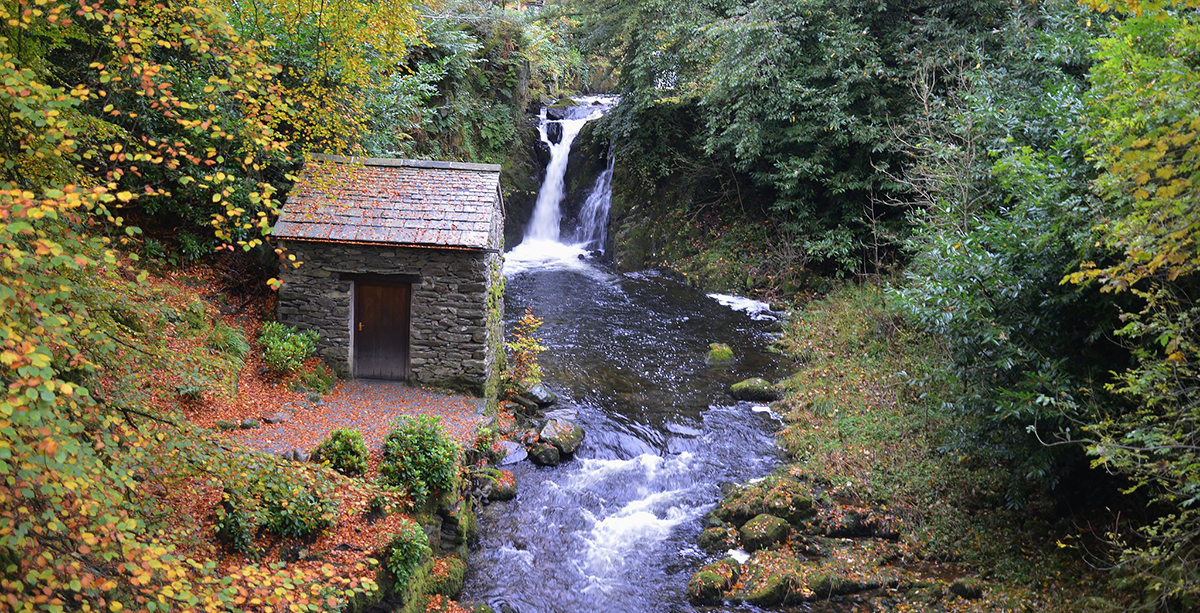 Skelwith Force may be one of the smallest Lake District waterfalls, but the 15 foot waterfall represents the coming together of both River Brathay and Langdale Beck. This combined force of water results in a tremendous roar, made even more impressive following heavy rainfall. 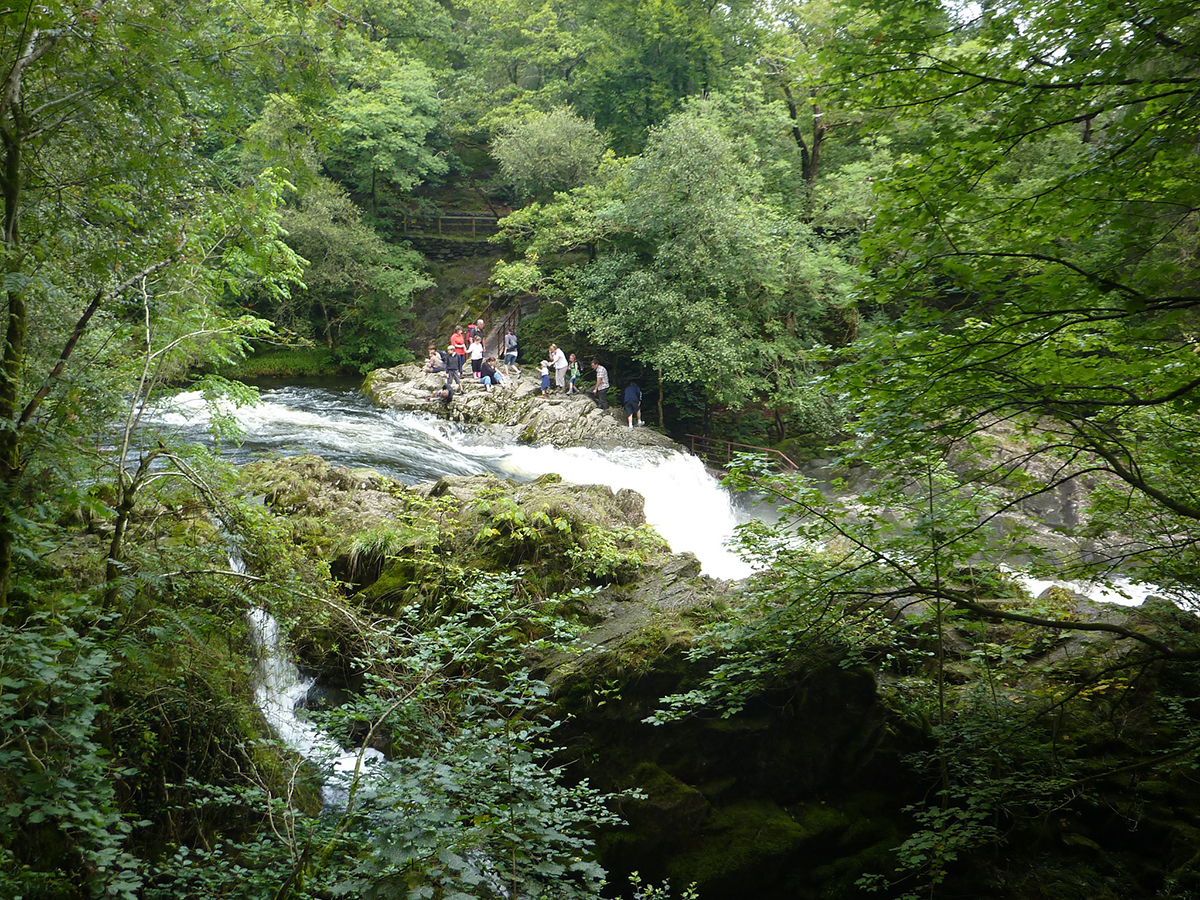 A tour of the Lake District is a truly unforgettable adventure. With so many waterfalls to tick off the list in the area, you can plan out a route that will take in countless landmarks and beauty spots along the way. Exploring the region is even better when you have a Lake District static caravan as your holiday home to head back to afterwards. You’re free to experience nature at it’s finest.

If you’ve enjoyed this guide and visited the waterfalls of the Lake District and now looking for more – see our guide to the best waterfalls in the Yorkshire Dales.