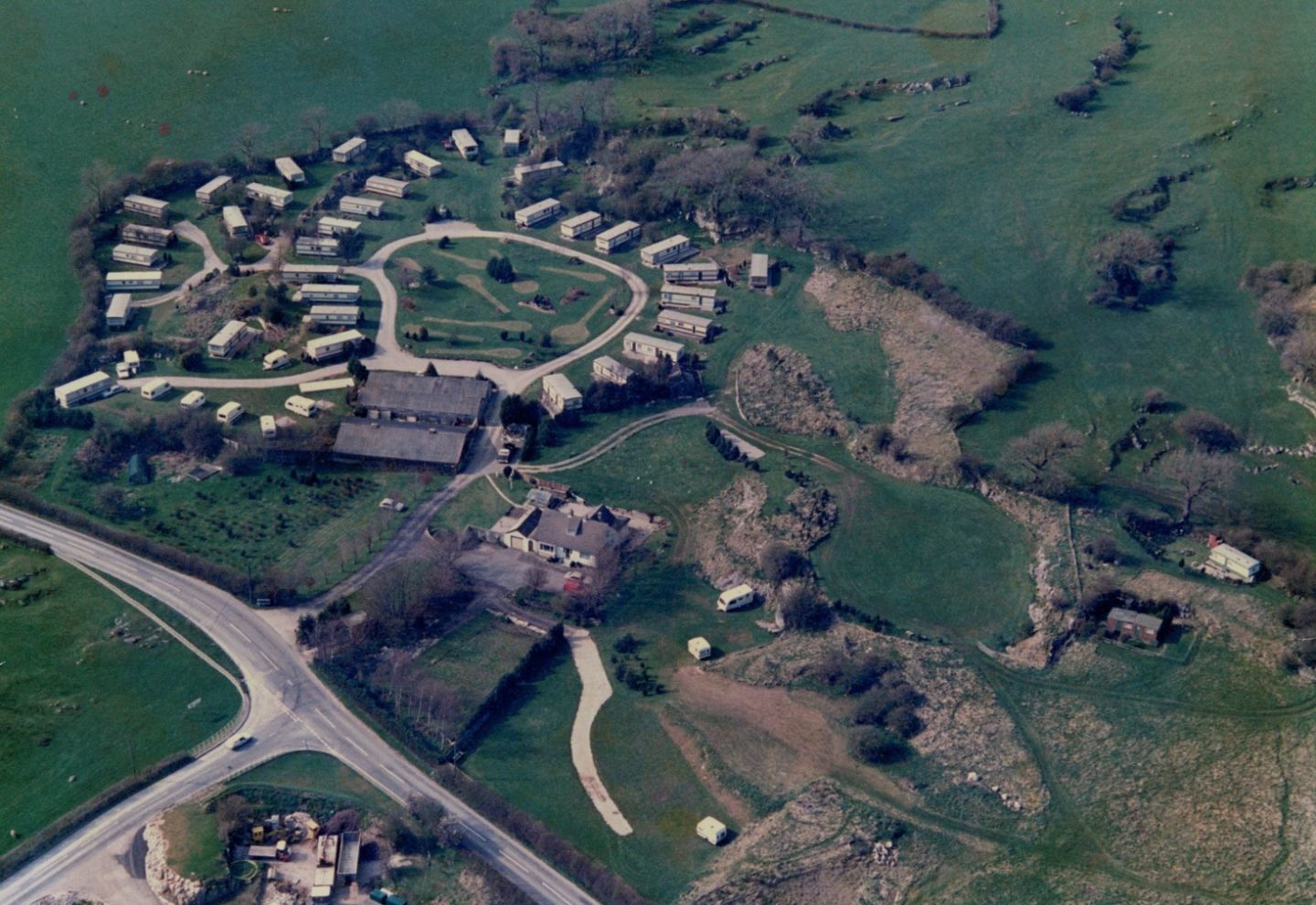 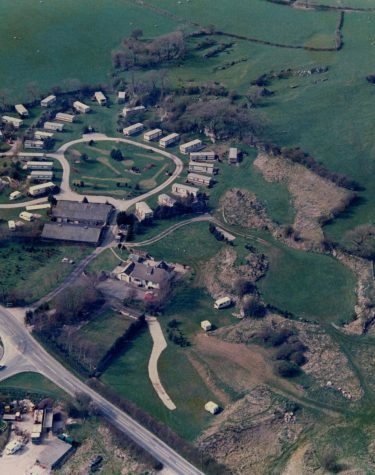 Read how Hawthorns Park has developed over the years, from a 10 acre quarry in the 1930s to an award winning 5 Star, VisitEngland Gold Award Caravan Park today.

1930-1939 Hawthorns was then a 10 acre quarry, the top limestone rock was sold to rich estates for rockery building, but as the easy to acquire limestone disappeared the quarry closed.

1939-1945 Hawthorns became a duck farm, rearing Gressingham duck which is a cross between a Norfolk duck and French, Barbary duck. These were bred in two very large buildings on the park, which were demolished to make way for our wildlife pond. The same two large buildings were used to house Italian internees in the second world war. This led to a further development at Hawthorns of a shower/toilet block. This block is what initially drew tents and tourers to Hawthorns and this is when Hawthorns Caravan Park was born.

1945-1959 With cars becoming more affordable to the masses, Hawthorns became a campsite. Tents and later tourers and dormobiles were visiting. Hawthorns was growing year by year and was owned in the early days by Fred Weatherby, a golf fan.

1960-1990 Under Ken Goodall, a semi-retired school teacher, the house became a bed and breakfast with two double letting bedrooms. The house was also renowned locally as a restaurant, well known for serving only one dish, ham and eggs (duck eggs) with ham from a pig farm in Over Kellet. The original ham and eggs road side sign is displayed in the sales office. Mr Goodall, also a keen golfer and previous owner, employed a good friend, the then green keeper of Morecambe golf course to design and oversee the formation of our 9 hole putting green and gardens in the centre of the park in a circular central area. This took centre stage at Hawthorns and still does to this day. The redundant large buildings were used for storage of caravans and the local village dances, decked out with red, white and blue Union Jack bunting.

1991 In July, Deryck and Monika purchased Hawthorns Park and moved with son Ashley to the park. Throughout the 90’s various developments and extensions grew the park to around 100 plots. Alongside the expansion Hawthorns Park achieved a 4 star rating from the tourist board and joined the industry governing body, the British Holiday and Home Parks Association (BH&HPA).

2002 Was a great year for Hawthorns, being awarded 5 stars and the coveted Most Improved Park in England award by the National tourist board. This coincided with Hawthorns applying to join the David Bellamy award and being awarded their top honour, a Gold Award.

2003 Was another good year, which led to Hawthorns being named the Best Park in Lancashire by the Lancashire Tourism board.

2000-2010 Hawthorns continued to strive to help the environment and has added many environmentally friendly policies and procedures at the core of which was to help cultivate a friendly habitat for all wildlife at the park. This has led to the David Bellamy award Gold rating has been achieved every year since joining the scheme. In 2010 we were able to acquire some land adjacent to the park and apply for planning permission for 24 holiday homes.

2014 The Glade was designed and developed with 24 luxury holiday home plots.

2015-2016 Hawthorns finally achieved the pinnacle award given by the tourism board. The 5 Star Gold Award. This award is the highest accolade we can achieve and there are only 22 parks nationwide that have achieved it. We’re very proud of this honour. In 2016 we had the Gold Award presented to us by David Morris MP.

A History of Hawthorns Park in Photos